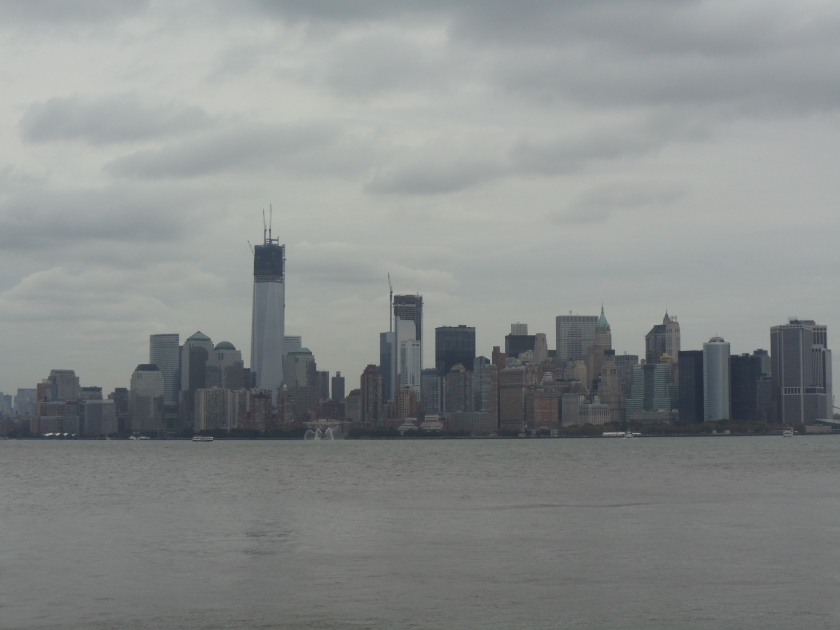 It is bizarre to think I was in New York just a bit over a week before Hurricane Sandy and the devastation in the east. Watching the news and seeing the flooding in the subway stations, boardwalk, and Battery Park, I was thinking.. I was just there. It somehow solidified the feeling that I left a part of myself there. 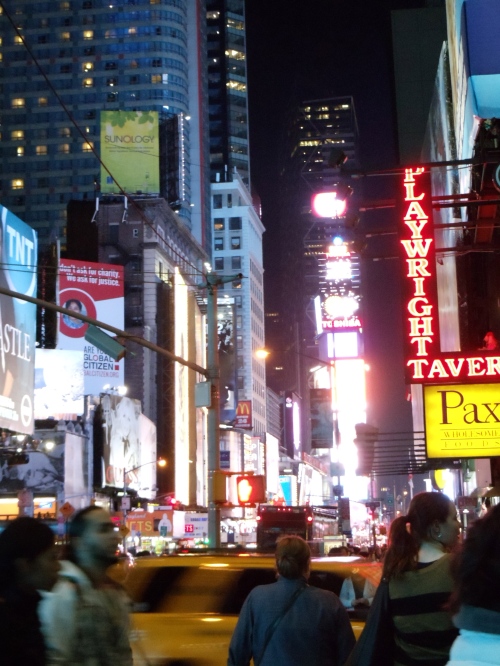 The big, pulsing city. Somehow being there, among the art and diversity and culture and the most well-off and the most down-trodden, I felt more American. There’s the symbol of the opportunity in this country mixed with the bleak reminder of the evils of terrorism and the corruption of capitalism. It’s all there: the ugliness and the hope. 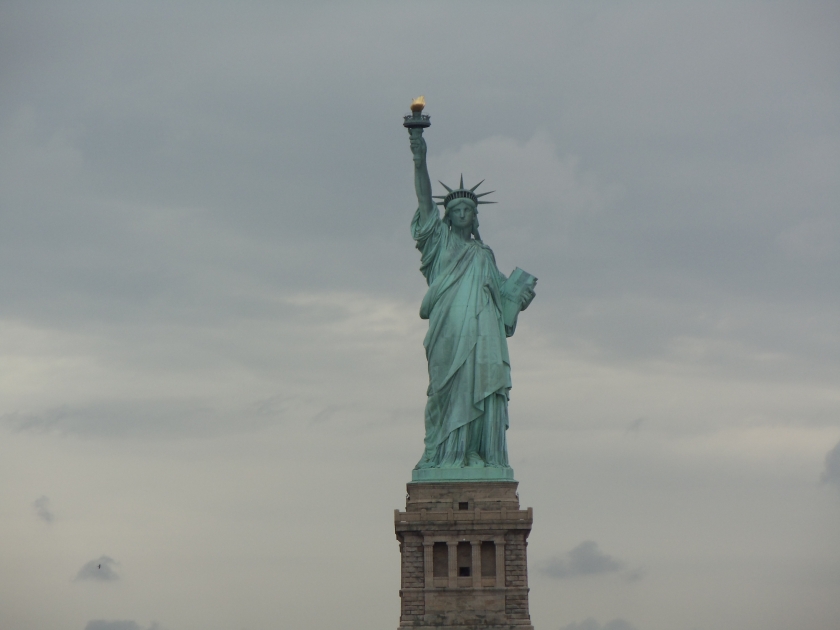 And the art. I love being in a place you can see an original Warhol, a limited edition Prada bag, and the best street graffiti in one day {cuz I did}. It’s visual and inspirational overload for an artist’s soul like mine. 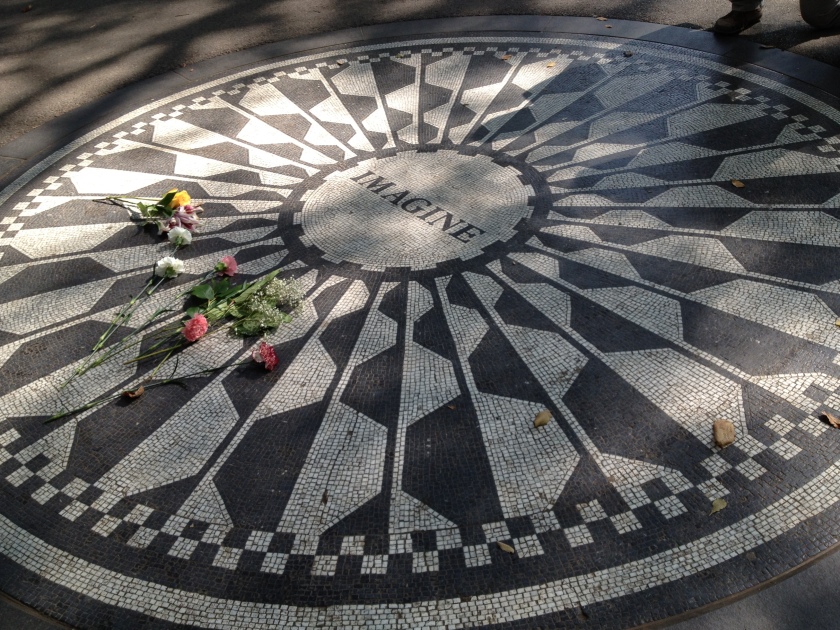 We did all the essential things. MoMA, Empire State Building, Statue of Liberty. And the quirky things. Off-Broadway, Coney Island (we tried). But I suppose I felt less self-conscious of my tourist-ness than I usually do. Maybe because there’s no “right” way to be in a city that diverse? Or maybe because the city is important enough to warrant photo-documentation. 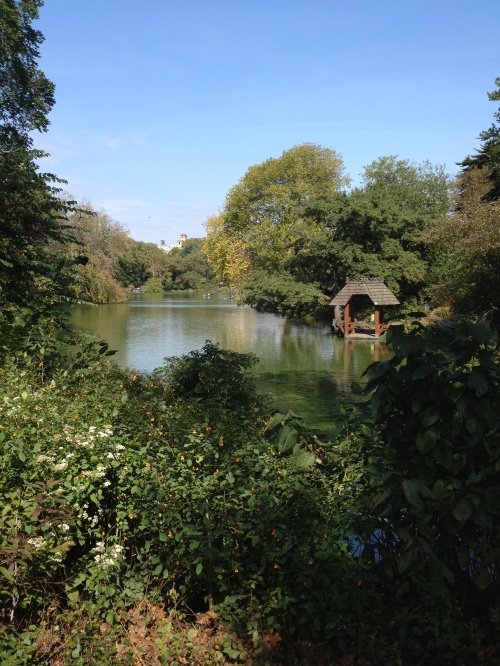 The city doesn’t need us. It doesn’t care we were there. Except maybe the homeless guy we bought some food for, we left no mark. It felt more like I was understanding rather than observing. It all sinks in and you feel a part of something. 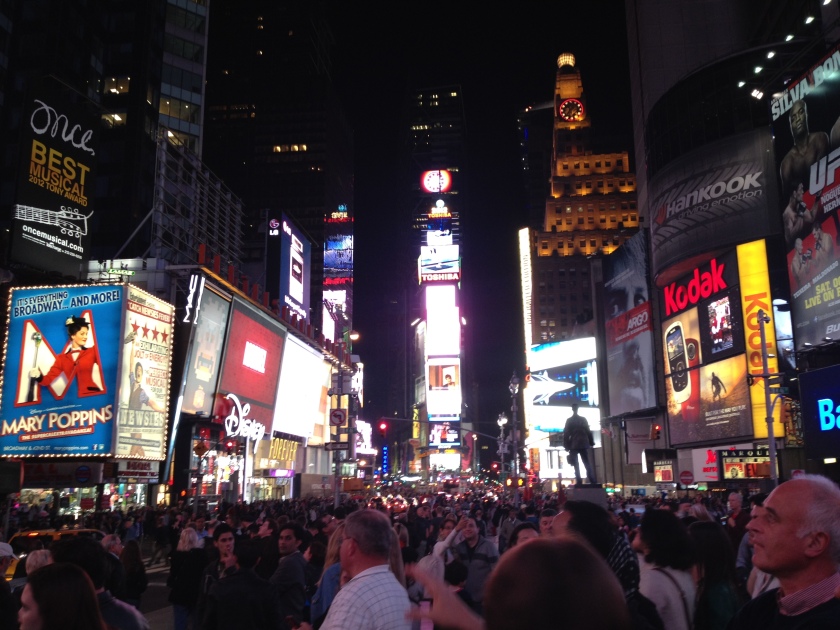 Maybe that’s why the east coast weather these past few days seems surreal to me, all the way back in cozy, safe Utah. You can’t visit New York without feeling how the city has endured. It wears its scars like badges. The “survivor trees” at the Twin Towers 9-11 Memorial were sobering and poetic. In the entire block, a few trees were all to survive the destruction and they were nursed back to health, blocked off and protected as living monuments. 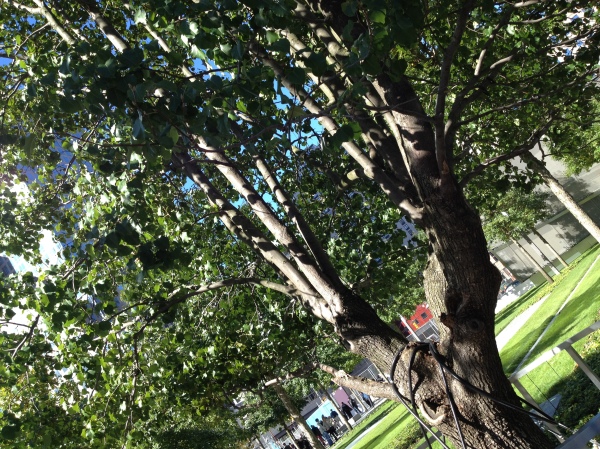 Battery Park was also recently flooded and suffered some damage. This is where we boarded the ferry to Liberty Island. The park is the new home of this sculpture, which was moved from the Twin Towers wreckage during reconstruction to keep it safe. No restoration was done to this statue, so scorch marks, dents and all, this piece of art had a really somber effect on me and I wondered about how it fared the storms. 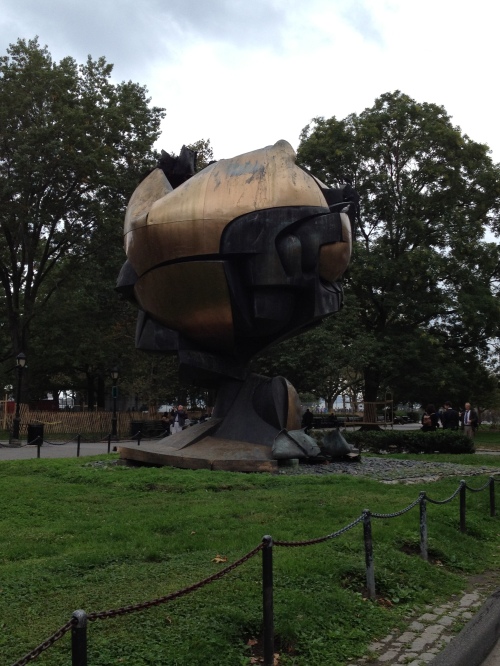 My favorite part of the trip was wandering around Brooklyn. It’s got that you-know-it-when-you-feel-it soul. I sort of thought I would feel more of that during the trip but every neighborhood really had it’s own atmosphere and to me, Brooklyn felt like it could be home. There is art in its crumbliness. 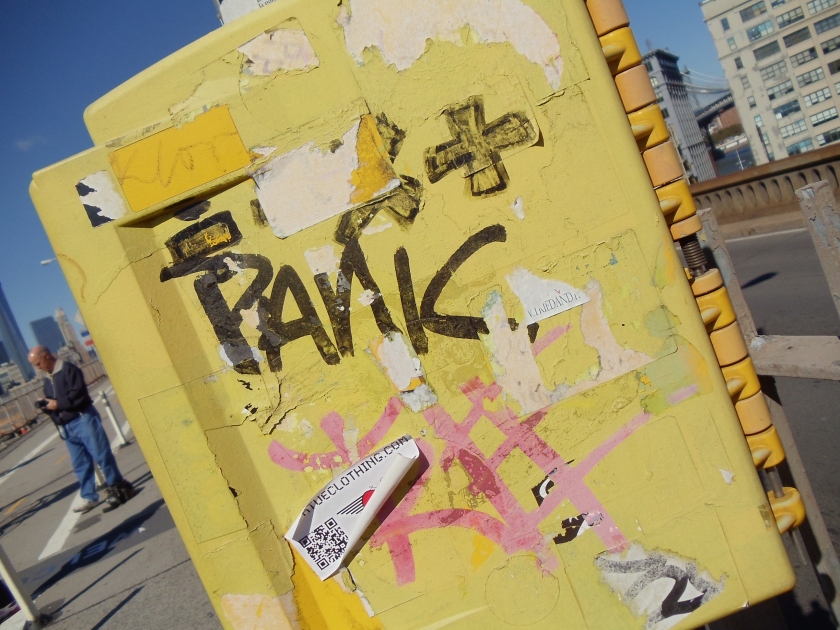 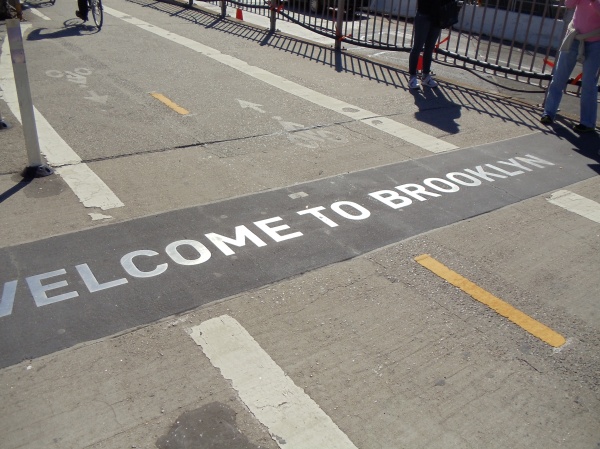 Walking the Brooklyn Bridge is a must-do. You can see everything while still being fully part of it. 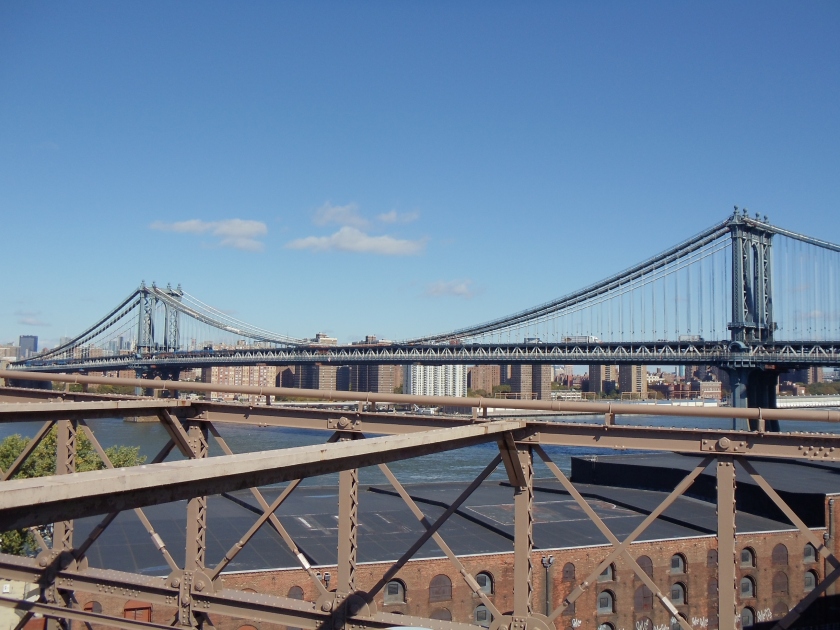 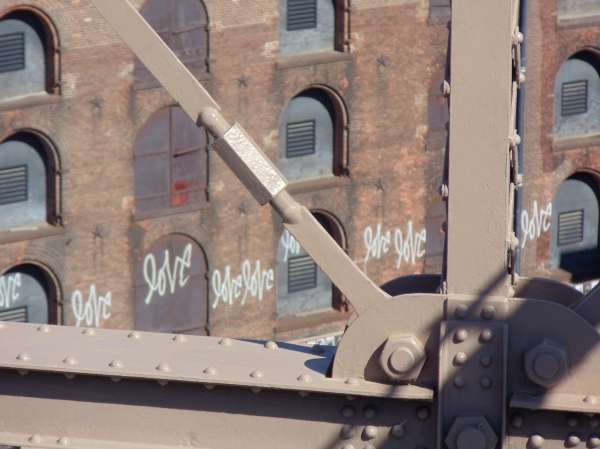 We tried to go to Coney Island, but it was closed for the season. I took photos from outside the gate because I love creepy signs. Abandoned amusement parks stuck in a previous time. It’s the perfect setting for a horror flick.. or a really offbeat and awesome wedding reception. 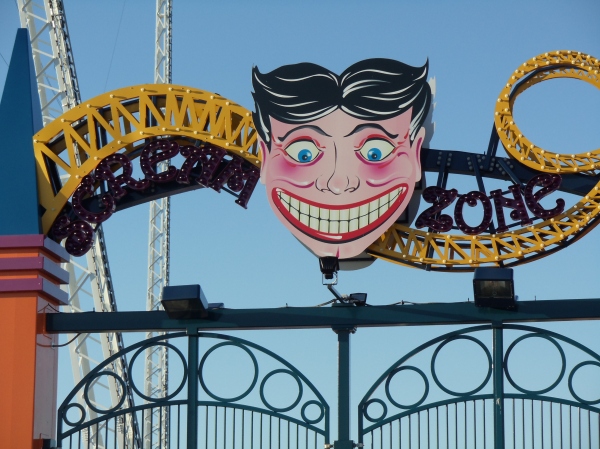 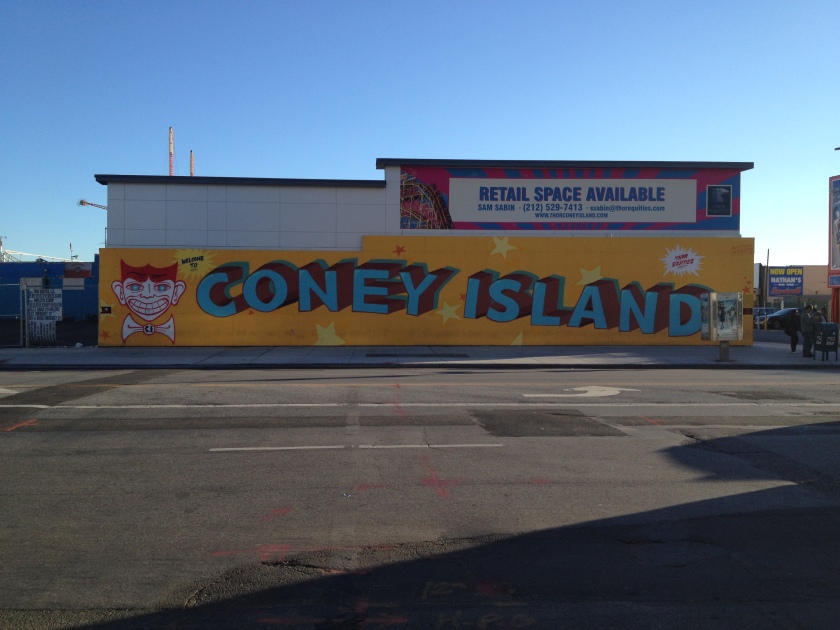 It’s strange, the things about a place that can stick with you the most. For me it was a general feeling of blending. Somehow we all fit in, and it’s hard to remember that in the suburbs. I’m probably meant to be a big city girl, but it will survive without me. 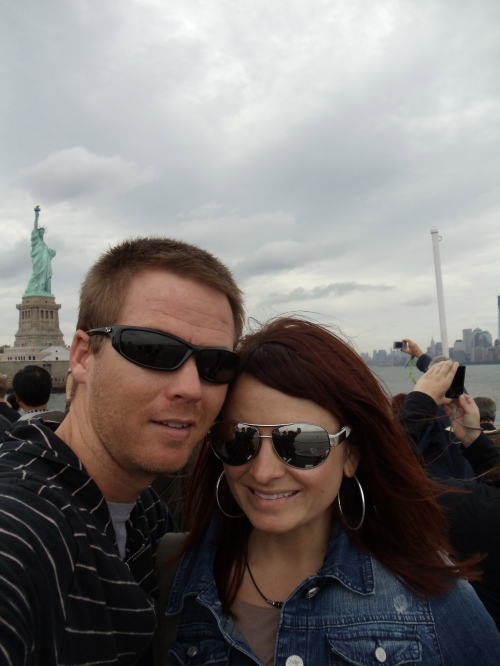